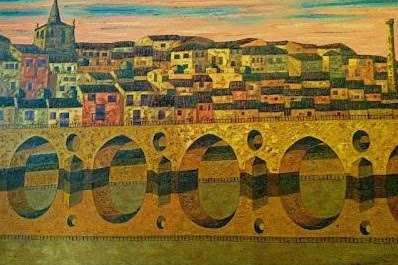 ENGLISH CORNER, CON LINDA JIMÉNEZ –
Dr. Jesús Jambrina is an Associate Professor of Spanish and History at Viterbo University in Wisconsin. Dr. Jambrina has done extensive research into the Jewish history of Zamora. In part 1 of this series we spoke with him about his book, which is an annotated chronology of Jewish-related events that took place there, and also about Isaac ben Jacob Campanton, Rabbi of Zamora in the 14th to 15th centuries.
Dr. Jambrina was responsible for the establishment of the Centro Isaac Campantón in Zamora and also for the organization of six annual international conferences about Jewish history and presence in that region. In this program he is speaking with us about the history of the Jews in Zamora, and the Centro Campantón. 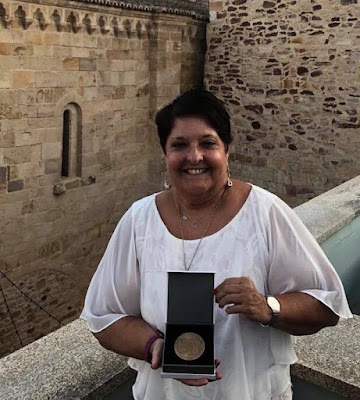 This publication (in Spanish) includes a Prayer Book used by a family in Bragança, Portugal, who practiced the Law of Moses in secret for more than 500 years.

After 1492, the border between Spain & Portugal became a refuge for many Jewish families fleeing the inquisition in Spain. The topography of the area, specially around the Duero River, allows for easy crossing through hidden paths between both sides of the border.

When the expulsion and forced conversions were imposed in Portugal in 1497, Crypto Jewish population even grew as many Portuguese families escaped to this, then, remote area in the northeast of the country, also known as Trás-os-Montes (Beyond the Mountains)

Inquisition officially arrived to Portugal in 1536 persecuting marranismo among New Christians  affecting well established secret Jewish communities in cities and towns like Bragança, Vimioso, Carçao, Miranda do Douro, Mogadouro and many others in La Raya, as the border between the two countries in called.

Prayers of Bragança were transcribed from oral tradition in 1925 by Antonio Fernández's family (see picture) and along other archeological evidences it proves what investigators José Manuel Laureiro and Anun Barriuso have identified as a culture of resistance, meaning finding ways of maintaining the Jewish belief system alive in the context of forced conversions.

Prayers of Bragança (Editorial Verbum, 2018) was presented at Centro Sefarad Israel, Madrid, on June 27 and also at the 6th International Congress in Zamora on July 6.