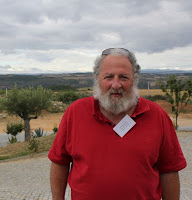 
In the context of Jewish yeshiva learning in Christian Spain during the 13th to 15th centuries, Rabbi Isaac Campanton (1360-1463) in Zamora devised a school of yeshiva learning which concentrated on the “Pshat”, the simple meaning, which also was quite unique and has been the base for Sephardi learning.

The approach focuses also on precisely interpreting the word to its fullest linguistic and historical context. Juxtaposed to the Ashkenazi “pilpul” argumentative and riddled style, the “Iyyun” approach promotes further innovative interpretation, expertise, and unraveling and simplifying perplexity, but it is reflective of a Sephardic humanistic approach which almost always looks at the local regional influences including Aristotelian medieval Spanish thought and Christian ecclesiastical doctrine not as a polemical obstacle, but as tools in interpreting the text.

The system adopted Aristotelian logic for interpreting Talmudic text. Opposed to the Ashkenazi yeshiva tradition, the Sephardi approach does not confine itself to Talmudic interpretation, but also to Biblical study, Kabbala, and “hiddushim”; new incites in Jewish religious thought. As Boyarin has illustrated, the Campanton system has a very wide base of analysis based on Rashi’s commentaries and language. According to Boyarin, Campanton’s method spread to Safed and Jerusalem, Constantinople to Salonika, and Cairo to Fez.  Its luminaries included the Rabbis Birav, Caro, Levi Ben Haviv, and David ben Zimra; however it has not been recognized adequately.

Campanton was called the Gaon (luminary) from Castille, who trained his students to research the principles and essence of the Talmud, put in order the Tanaim and Amoraim according to their time and evolution of their absorption according to their rabbis (teachers).


The Campanton school of “Iyyun” was the standard in the Sephardic diaspora after the 1492 Spanish expulsion, and continued for the next 250 years from Salonika, Istanbul, to Safed, Egypt, and North Africa through front-row disciples like the Aboavs, David Ben-Zimra, the Ibn Havivs, Joseph Taitazak, Yaakov Berav, Abraham Saba, and the Valencis. The system waned in the Ottoman Empire and North Africa with modernization and alternative trends in thought, but has been revived in Tunisia and later Eretz-Israel/Israel by Rabbis Matzliah Mazuz of Djerba (murdered in Tunis in 1971) and his son Meir Mazuz, who established the prestigious Kise Rachamim Yeshiva in B’nai Brak, Israel.


Mazuz laid out 5 principles of the Iyyun Tunisai (Tunisian Analysis) which is an outgrowth of the Campanton Sephardic Iyyun (Analysis) initially exemplified by the latter in his work Darkhei haTalmud (The Ways of the Talmud).

According to Mazuz, he calls his method primarily an approach of iyyun ha-yashar, the straight analysis, a term that serves as a polemical tool against other methods that muddle the text instead of elucidating it in a step-by-step process. Mazuz contends that over the centuries a methodology emerged with the necessary exactness to determine the law. Mazuz rejects inexactness in law just like Campanton used a methodology with Aristotelian assumptions, which analyzed any idea or interpretation as provable or disprovable on rational analysis.


Mazuz elaborated his concise, but thorough and straightforward method based on rabbinic tradition:


The foundation of the foundations of Iyyun is that there is nothing missing [from] or added onto the language of the Gemara, Rashi, and Tosafot. There is nothing missing – because the text has not come to shut out [information] but to explain and take heed to limit [le-tsamtsem] his language and to derive [concepts from] it in a way that there will not be an extra word., for [under consideration] are missing from the Talmudic discussion [Aramic sugya] and its commentaries, for they [the rabbis] have not come to test us with riddles … And there is nothing added – because our rabbis have always tried to write with brevity and exactness, [with] the small carrying the abundant [i.e. with a small number of words carrying great depth].

Campanton’s method below is echoed in the above passage of Mazuz:


And always attempt to impute necessity for all of the words of a commentator or an author in all of his language: why did he say it and what did he intend with that language, whether to explain [an issue] or to derive [a concept] from another explanation or to resolve a difficulty or a problem. And take heed to limit [le-tsamtsem] his language and to derive [concepts from] it in a way that there will not be an extra word, for if it were possible to express his intent, for example, in three words, why did he express [himself using] four [words]? And so you should do with the language of the Mishna and Gemara, that is, you should check their language so that there not be an extra word, and when it appears to you to be extra go back and analyze well, for they did not expand their words unnecessarily, for it is not a small matter, and the splendor of sages is to minimize words so that many concepts are included in small [numbers of] words, and to make their words few in quantity but great [lit. “many”] in quality, and there should not be within their words an extra word, even [if it consists] of one letter, as they [the Sages] have said ([B.T. Hullin 63b). “A person should always teach his students in a concise way,” as you see in our Holy Torah, which was given from the Mouth of the Mighty One, which speaks with a concise language but includes many things …


The second characteristic of Mazuz’s Iyyun Tunisai is syntax; the importance of understanding each word and its implications, and proper stopping points of basic expressions. A student needs to know the meanings of basic expressions, which can change depending on context. Syntax is important and one needs to understand where the sentence ends or where the idea ends if the commentator did not properly end the sentence. The third facet of Mazuz’s iyyun is to ask, in every place, what was Rashi, Tosafot, or Maharsha bothered by, and from which error they were protected from in that word and sentence.

The student should ask why a classical commentary would add an extra word, or would use a seemingly odd phrase; necessities for understanding the text under discussion. The classical Sephardic perspective, also advanced by Campanton, is analyzing also “me’ayyenim k’sevara mi-bachutz”; the logical construction whose origin is outside the text or which has been added in subsequent generations.


Mazuz’s fourth element of the Iyyun Tunisai reates to the logical flow in the text of the Tosafot, who were known for posing many questions and answers in a row. Mazuz suggested stopping after each question-and-answer pair to analyze how each question was answered and how the next question relates to the previous question-and-answer. In this manner, the student can identify in what way the main issue discussed is resolved. The resolution is known as “the center of the resolution”, or merkaz ha-teruts.


The assumption that every element in a rabbinic text relates to the previous one or the next one is elaborated on specifically by Campanton at the beginning of Chapter Ten in his Darkchei Ha-Talmud:


Always, for every statement and for every concept that is situated next to another, whether in Talmud or in Scripture (ba-Katuv), carefully observe the relationship and connection between those concepts situated next to each other, including what order the speaker is leafing (molikh) with his words.

The fifth element of Iyyun Tunisei according to Mazuz is “the importance of writing and revising one’s studies”. The student should test to see whether he has understood it properly. If the student’s own words seem to match the commentator’s, but are simply more expansive, the student has understood; if not, the student should review the commentary and revise his statement. Aside from the clarity of understanding the student gains, frequent writing and revision allows the student to express his ideas clearly’. The rabbis of Djerba used this pedagogical method; training their students to write their own novellae in a clear and organized manner.

*Presented at the 5th International Congress on the Jewish Sephardic Legacy of City of Zamora, Spain, July 3rd, 2017.